Sometimes to learn about your hometown, you have to do a little digging. Depending on where you come from, that task can be easier said than done. Fairfield isn’t one of those places. For years, the Carnegie Museum been a regular part of the community, telling the fascinating stories of Fairfield and the people who built and shaped it into the city it is today. 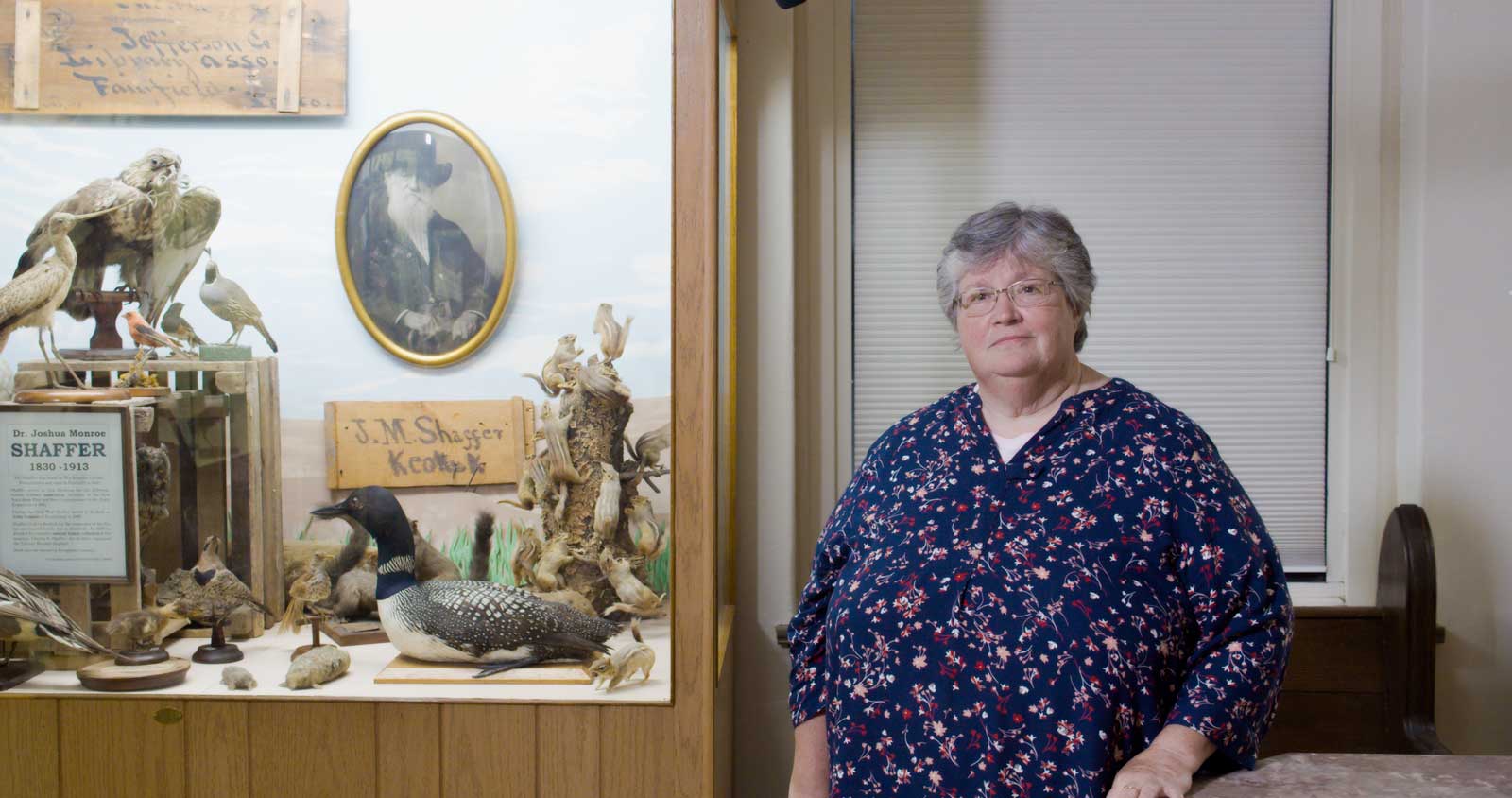 To Therese Cummiskey, the opportunity to tell Fairfield’s story is a real privilege.

“Everything has a story, and it tells you the richness of Fairfield and our early settlers,” Cummiskey said. “And of our connections — not just locally, but from all over the world. … I think it tells a story of the strength of our early settlers, their interests, and their interest-seeking. They wanted to know more. They wanted to reach out and become part of the world.” 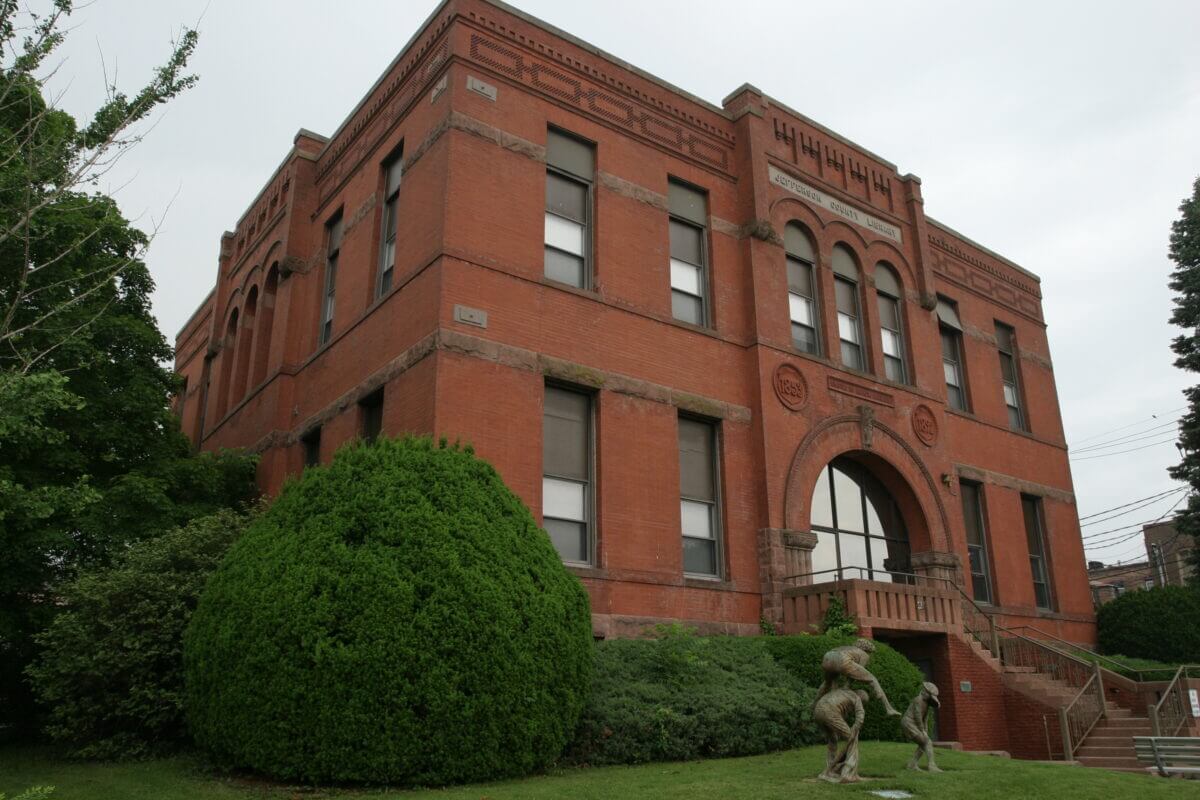 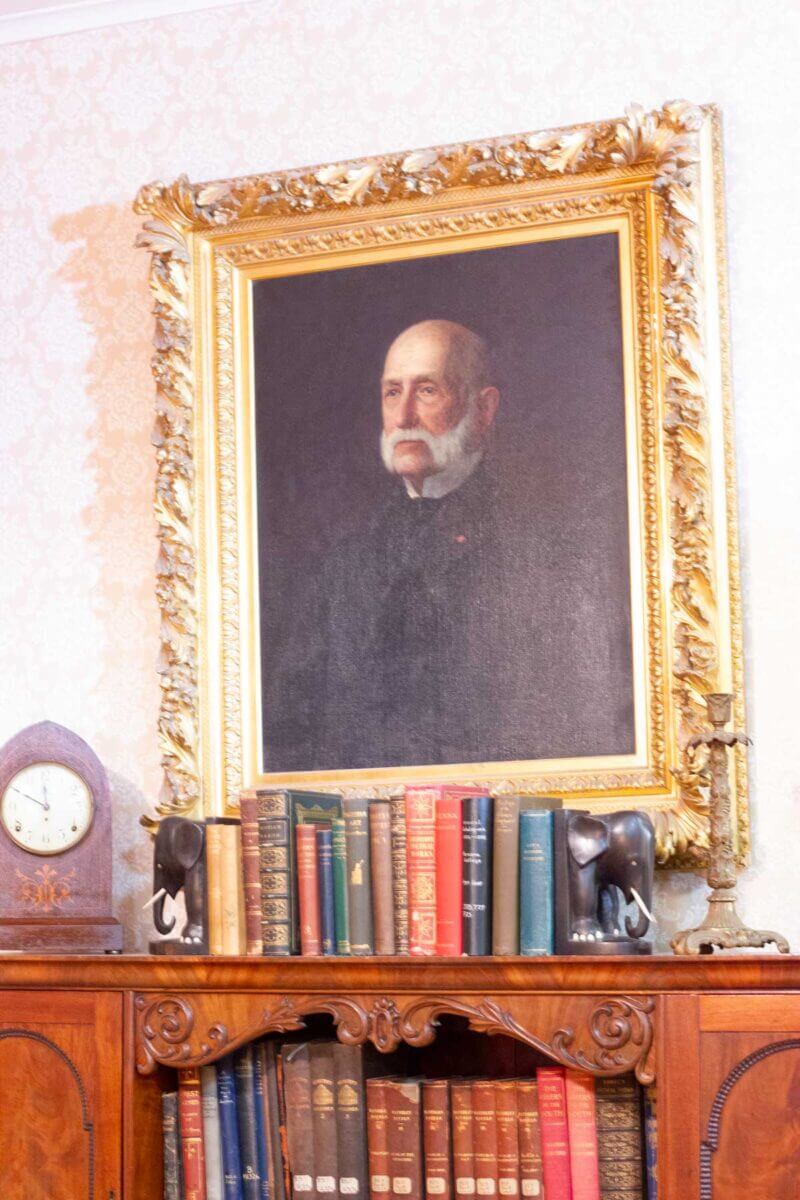 The museum is housed in what was originally Fairfield’s Carnegie Library — named for Scottish-American philanthropist Andrew Carnegie and one of more than 2,500 Carnegie Libraries built from 1883 to 1929 — which has made a home in Fairfield since 1853. “Almost immediately, people would bring in things that they found,” Cummiskey said. “… So, in a part of that library, there was always a little museum involved.”

When the Fairfield Carnegie Library — the first of its kind west of the Mississippi River — received its own building in 1893, it was built specifically with the museum in mind with a dedicated floor to the various artifacts the library had collected. Donations also came from high sources, Cummiskey said. Then-Senator James F. Wilson, a Fairfield native who would later help secure a grant for the construction of a building to house the library and museum, had connections with the Smithsonian Institute and requested donations for Fairfield’s up-and-coming museum.

The original building still stands today — and the museum has stayed right where it’s always been. And if the museum’s exhibits are any indicator, Fairfield has quite a fascinating story to tell. You’ll learn the harrowing stories of local heroes like Maj. Mehitable E. Woods, a Civil War hero who cared for Union soldiers in Iowa and ran supplies to troops all along the Mississippi River, reaching as far south as Louisiana.

But the curios that fill the Carnegie Museum go far beyond those you’d be accustomed to finding in any small-town museum. Sure, fossils found locally and memorabilia from the old Parsons College fill the halls, but the collection becomes much more eclectic as you wander from display to display.

“We have an incredible variety from the Smithsonian including some 19th-century taxidermy,” Cummiskey said, adding the taxidermy goes well beyond the local fauna to include sea lions, penguins, alligators, and more. “We have a lot of Native American pottery that dates back to the early years. We have Civil War and Lincoln artifacts on display along with a really cool collection of World War II posters. We have pioneer tools and we have firearms. For such a small museum, we have just a wealth of antiquities and collections.” 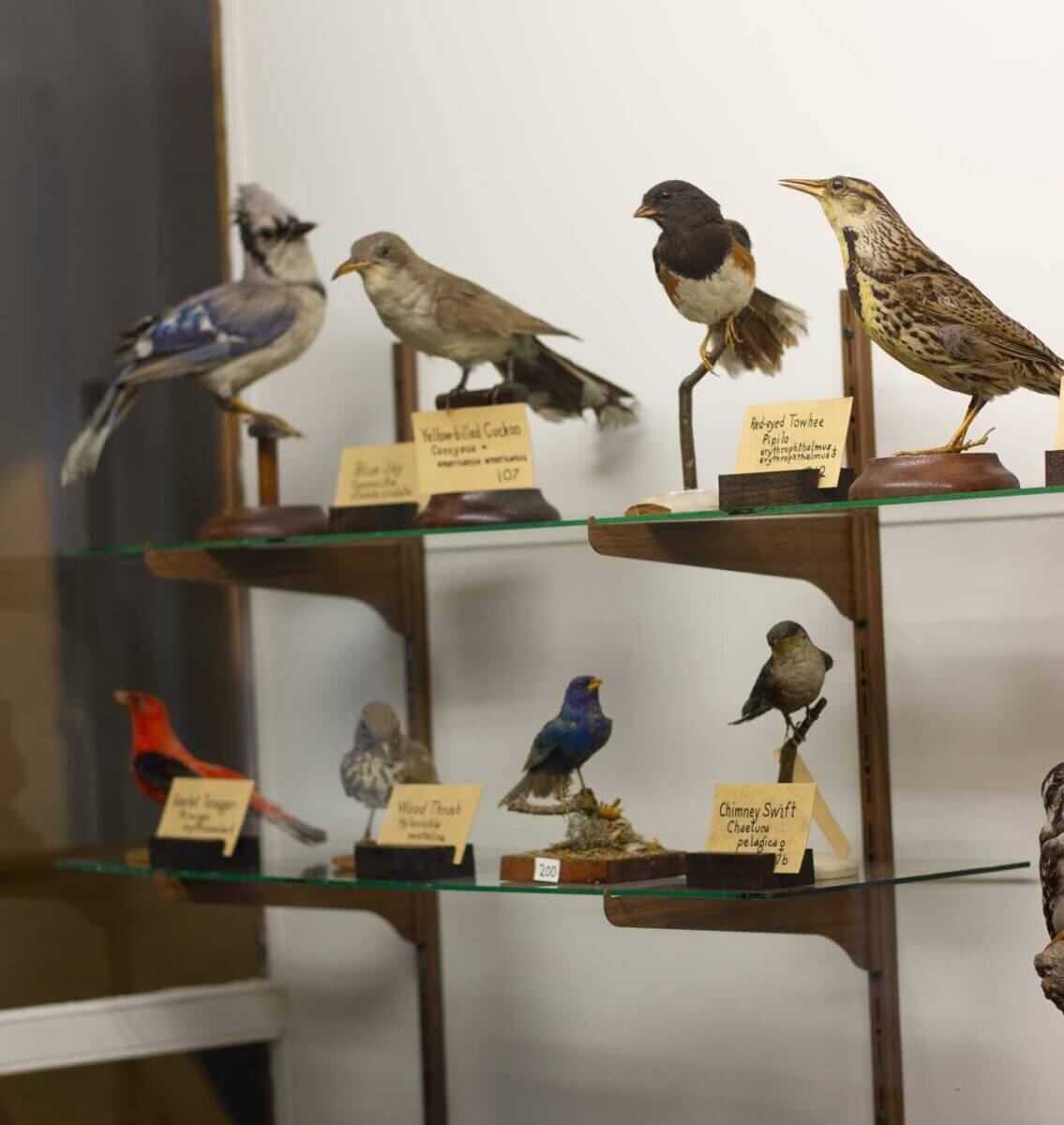 These museum’s remarkable collection tells the story of a city that embraces its past while simultaneously longing to reach out and explore, to familiarize itself with the unknown just as the early settlers did. That pioneer spirit lives on today, Cummiskey said, encouraging all to explore their own backgrounds and the stories that shaped their families and communities. 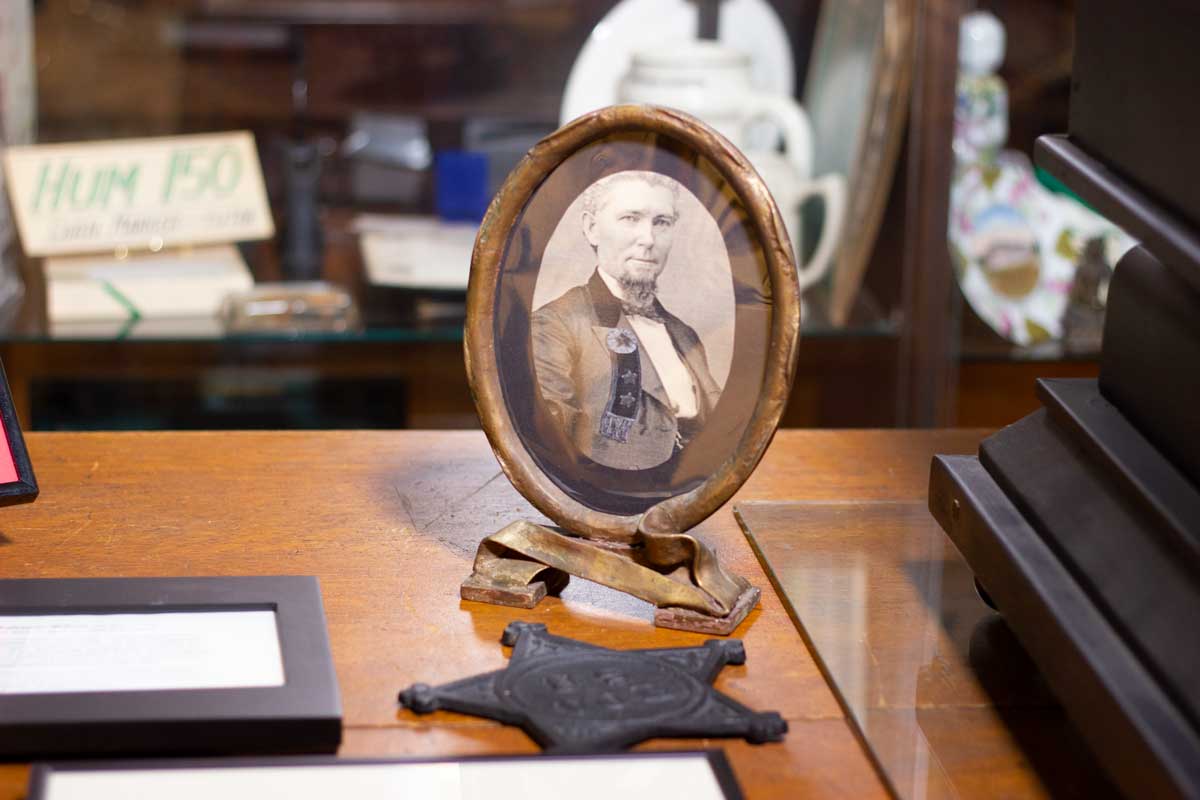 To outsiders, the museum serves as a reminder that the stories of your community — and your family — are more exciting and enthralling than you may realize. All you have to do is look for them. “I think it’s important for us to know our stories because it gives us a stronger sense of self,” Cummiskey said. “It’ll amaze us because too often we don’t know who or where we came from, really. Sometimes the history of our parents and grandparents is hidden from us, but if we were to dig a little deeper, we’d ask better questions, we’d find out how wonderful our stories are.

You can visit the museum at the corner of South Court St. and East Washington St. in lovely Fairfield, IA. The Fairfield campus of Indian Hills Community College is also located in this building.

In 1853, Ward Lamson founded Iowa’s first subscription library at 55 South Court Street, the first of several locations in Fairfield. Many years later Senator Wilson asked Andrew Carnegie, his friend, to subsidize a permanent home for the Fairfield library. In December 1891 Carnegie agreed, and Wilson donated the land for the new library building. This marked the first time that Carnegie had funded a library in which he had no personal ties or investments and led to his funding of about 2800 more libraries throughout the world (1689 in the United States). In 1894 there were only about 400 public libraries in the entire country, with only 46 of them west of the Mississippi River.