Friday, Dec 24th 5:00 PM – 7:00 PM The Rotary Club of Fairfield is hosting its annual Christmas Parade! Santa will be leaving the Iowa National Guard Armory in Fairfield and

The Rotary Club of Fairfield is hosting its annual Christmas Parade! Santa will be leaving the Iowa National Guard Armory in Fairfield and making his way to Central Park. Santa will be listening to children’s Christmas wishes for the holidays! Visit with Santa and Santa’s Elves.

It will follow the same route as always, with Santa and his reindeer leading the way. Santa and his elves will throw candy to parade onlookers before making their final stop on the west side of Central Park to meet the area’s good little girls and boys, around 6-6:15 p.m.

This year’s parade will honor Larry Nash, who announced his retirement from Rotary after 57 years in the club. Nash is a retired dentist, and his tenure in Rotary saw him provide dental health care to children in Xicotepec, Mexico, and residents of Cartagena, Colombia. Nash and his wife Janet have built houses for Habitat for Humanity, and after Hurricane Katrina, he traveled to Mississippi to help repair the damage. Nash has been recognized as Fairfield Volunteer of the Year and Fairfield Citizen of the Year. 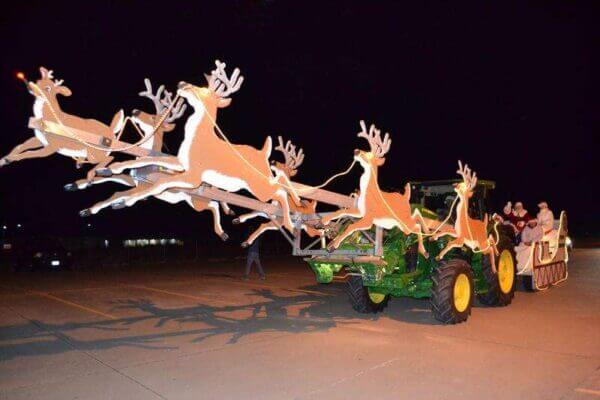