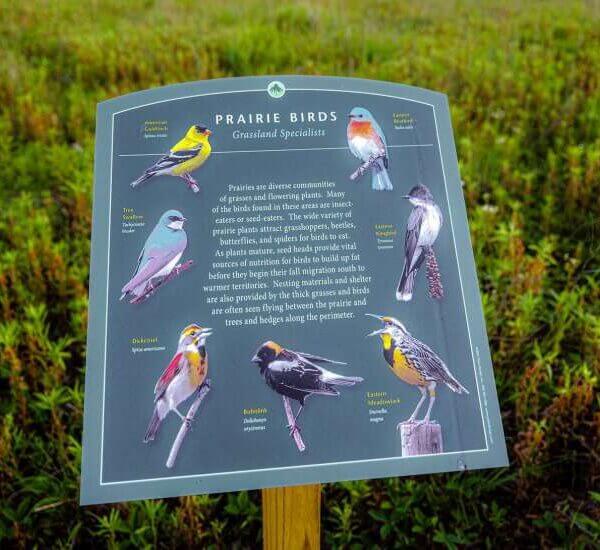 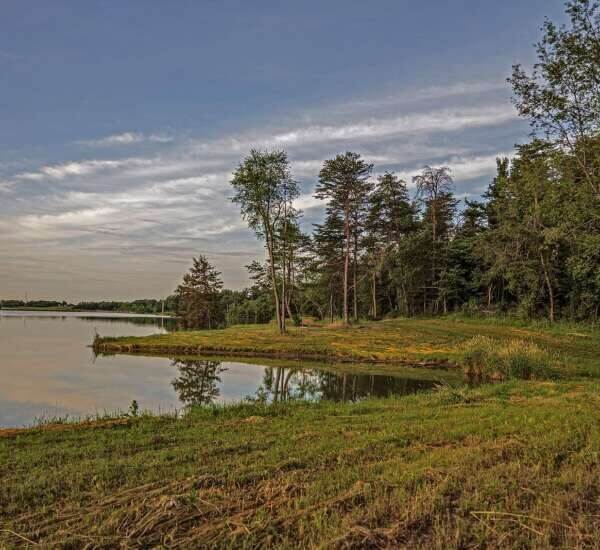 Native prairie restoration continues on the 48-acre plot of land between Waterworks Park and Pleasant Lake. The land is known as the Nady property because it was donated to the city by the Nady family. This area is being converted into native prairie grass, wetlands, and forest and will provide access to the west side of Pleasant Lake.

NadyKioskSign PrintFile1
Excerpts from article by Ron Blair in the Iowa Source, June 2021:

Little Prairie on the Trail: Take a Walk on the Wild Side

The Fairfield land Bob owned had been in the McElhinney-Nady families since 1844, and although he was an absentee landlord (the 50 acres were cropped by a tenant farmer), he had withstood the onslaught of developers eager to create high-end residential housing. “Maximizing the value of the land” is how they put it. Because the land is prime real estate located between Silver Lakes and Lakeview Estates, it was valued at over $1 million.

But Bob wasn’t interested. Named after his maternal grandfather, Robert McElhinney, one of Fairfield’s founding citizens, he was emphatic that the land would never be sold for development or altered from its original state.

An early ad for X. Nady & Sons says, “We are Natives of France, Speak the Language, and do our Own Buying and Importing.” Bob came from solid stock: his paternal grandfather, Francois Xavier Nady, immigrated from the Alsace region of France and was the first importer of Percheron draft horses to Southeast Iowa. I put Bob in touch with the Iowa Natural Heritage Foundation, the state’s pre-eminent conservation organization, and together they crafted a conservation easement, now held by the Jefferson County Conservation Board, that protected the land in perpetuity. It would never be built upon.

When Bob’s health began to fail in 2011, he and his family deeded the land to the City of Fairfield. After the appraisal report was received, I feared his family might not support his altruistic motives, but they backed his decision to donate the land without hesitation. Next, a mayor-appointed committee sprang to life and decided to restore the land to its original state, Iowa prairie. Yahoo! A big win for biodiversity and environmentalism.

But how to accomplish such a feat and where to obtain funding? Small towns don’t readily possess funding for such projects. The answer came from Doug Ensminger, of the local office of the Natural Resource Conservation Services (NRCS), a federal agency. The Nady land, Doug explained, having been farmed for decades, was eligible to apply for Conservation Reserve Program (CRP) status, a federal land conservation program. In exchange for a yearly rental payment, a landowner agrees to remove environmentally sensitive land from agricultural production and plant species that will improve environmental health and quality. Bingo!

The next step was to find a landscape architect who understood prairie restoration and design. Sources led us to Steve Brower from Burlington, an adherent of Otto Leopold, who had the knowledge and passion to work the Leopold philosophy within the required limitations of the CRP program. Alakazam! A Leopold mix, containing over 100 native Iowa grasses and forbs, was planted. Trails were planned, a master plan conceived.

The now-named Nady committee, with a diverse and knowledgeable spectrum of personalities and specialties, forged ahead. Kevin Andersen, DNR, was particularly adept at finding the right balance of seeding and mowing with weed burning. Mark Smith, owner of The Ride, is a professional burn specialist. Shawn Morrissey is director of the County Conservation Board. Naturalist Brittney Tiller and educator Kari Bede were essential to the development and strategy of sign design and placement.