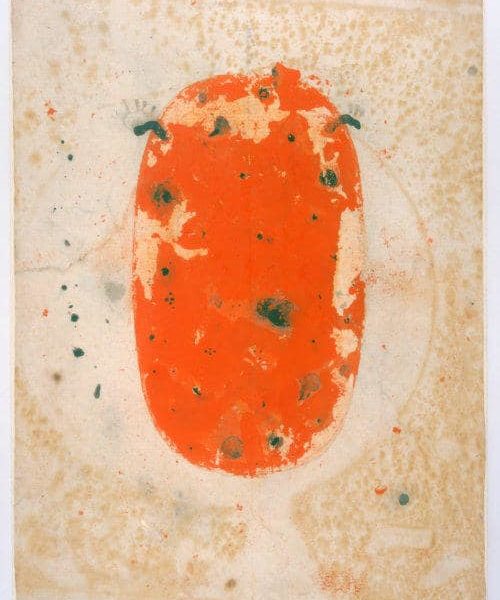 The Hudson Collection at ICON Gallery

ICON Gallery is pleased to announce the significant exhibition Anonymous Shiva Linga Paintings: The Hudson Collection, a selection of Tantric images made by anonymous painters from Rajasthan, India. The exhibit opens on First Friday, March 1st. This exhibition has been made possible by the very generous donation of the Hudson Collection to ICON’s permanent collection by Patricia Hudson, James Hudson, and Thomas Hudson. Additional support for the exhibition was provided by David T. Hanson. This is possibly the finest collection of Shiva Linga paintings in the country. A portion of this collection was included in the prestigious 55th Venice Biennale in 2013. 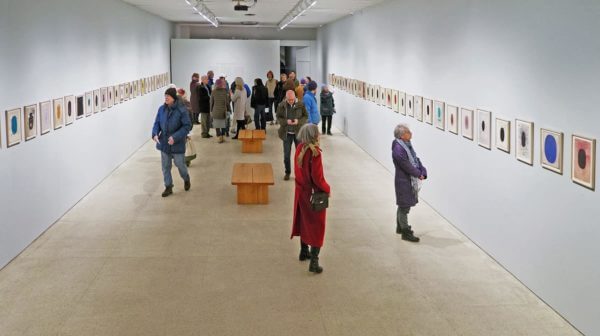 On Thursday, March 14th, University of Iowa Professor Frederick Smith, will give a lecture “The Form of No Forms: Placing Shiva Paintings in Context” at ICON. Professor Smith gave this lecture in Pennsylvania when the collection toured the country in 2013.
“We are extremely grateful to the Hudson Family for gifting this prize collection to ICON,” says ICON Director Bill Teeple. “NY gallery owner Hudson passed way in 2014. He was a friend to Fairfield and ICON. I feel that he is happy that his personal collection has found a home at ICON.”
Each of the 67 paintings in the exhibition depicts the “Shiva linga” on a page-size sheet of antique paper. The Sanskrit word “lingam,” originally meaning “mark” or “sign,” often refers to the phallus or symbol of male creative energy that is complementary to the “yoni,” which means both “source” and “female.” Unlike sculptural “Shiva linga,” which are commonly phallic in shape, the linga in these paintings are ovoid and accrue some of the symbolic associations of the “egg-shaped cosmos” — the idea of the “hiranyagarbha,” the “golden womb” or “golden egg” that represents the birth of the cosmos and the source of all energy. The images are intended to awaken heightened consciousness.
The French scholar André Padoux has described these images as “painted silences, the simple revelation of pure consciousness. . . . Artless, modest in appearance as they may seem, these lingas can induce a vision of the infinite.”
Despite their expression of an unbroken, centuries-old tradition, the works that comprise this exhibition (made between 1966 and 2004) convey a surprising freshness and immediacy. Possessing an uncanny affinity with examples of twentieth-century abstract art, they are coveted both in India and in the West.
Hudson (1950-2014), the founder of the gallery Feature Inc., who went by one name, became one of the most prescient, independent-minded and admired gallerists of his generation. He was an artists’ dealer, a stalwart and uncompromising champion of the artists he believed in. Like Alfred Stieglitz, Betty Parsons, Richard Bellamy, 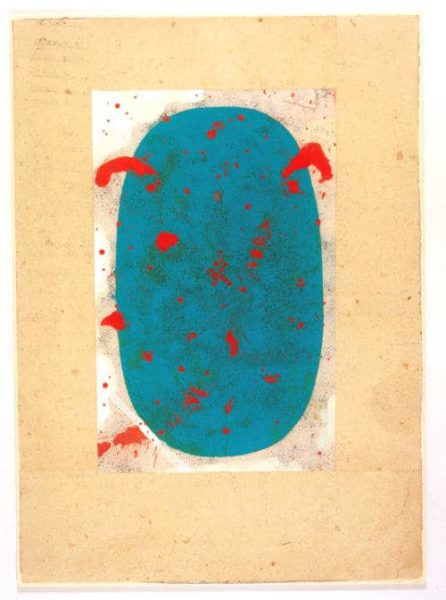 and other earlier New York dealers, Hudson was part aesthete, part pedagogue, part artist, and part nurturer of artists. Without seeming to try, Hudson built not an empire but a community of students, artists, critics, curators, and art lovers who respected his independence and were educated by his eye.