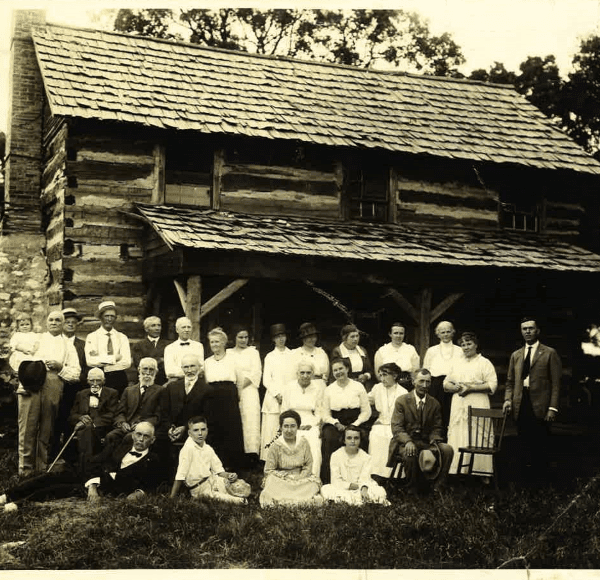 The Bonnifield Log House is thought to be the oldest existing two-story log house in Iowa. The cabin was built in 1838 by Rhodham Bonnifield and his sons and served as the unofficial Methodist church. It was also a stopover place for many official guests, such as territorial politicians, governors, delegates to Congress, and judges who found hospitality in the Bonnifield home as they were traveling through the Iowa territory. Indeed it was Mrs. Bonnefield who is credited with naming Fairfield, suggest that it was a fitting name for the beautiful prairies that made up the area.

In 1908, the cabin was moved and refurbished by the Old Settlers Association, without who’s help the cabin surely would have not survived. The cabin’s current location in Waterworks park on the north side of Fairfield. Visitors are able to get a glimpse into the past as the exterior is open to the public for viewing at all times. The interior, however, is not open but we have included a few photos below to give you an idea of its layout and furnishings. 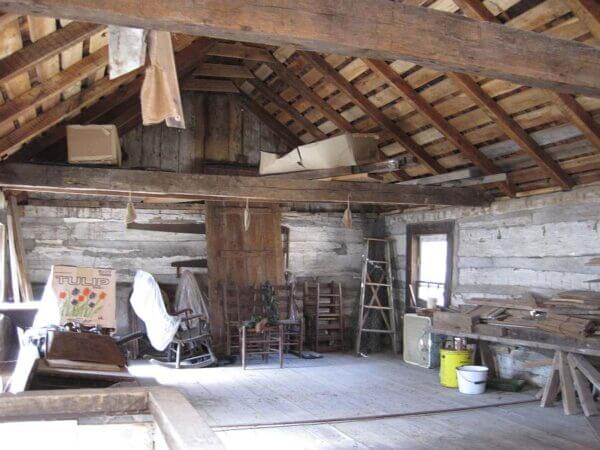 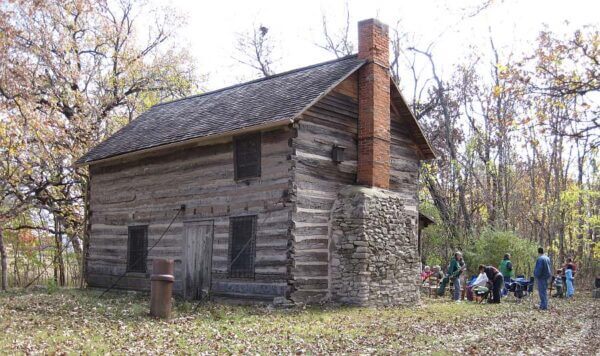 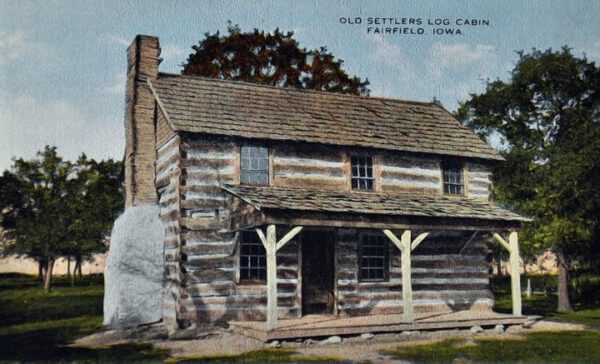