September 29th is the 130th anniversary of the Fairfield Carnegie Library.

The Carnegie Historical Museum and the Fairfield Public Library are celebrating a joint 130th anniversary this year! These two institutions have a long history dating back to 1892 when The Carnegie Library was founded to create a permanent library for the town's collection.  The very first Fairfield Library reaches back to 1852, when Ward Lamson and Christian Slagle started the library in a downtown storefront, but it wasn’t until September of 1892 that the Carnegie Library, in its iconic red brick building, opened its doors for the first time.

Industry magnate Andrew Carnegie donated $30,000 to help in building a permanent library for the town's collection. It was the first of hundreds of Carnegie-funded libraries to be built west of the Mississippi river and served as a model for later projects. It was also one the few libraries Carnegie funded without stipulations concerning its use, public support, or design. The building is listed on the National Register of Historic Places.

The Carnegie Library building still stands today, though it is no longer used for its original purpose. The Carnegie Historical Museum is still on the third floor and Indian Hills Community College has taken over the rest of the building.  The Fairfield Public Library itself moved to a new prairie style building in 1996 and continues to provide access to information of an educational and recreational nature for the residents of Fairfield. 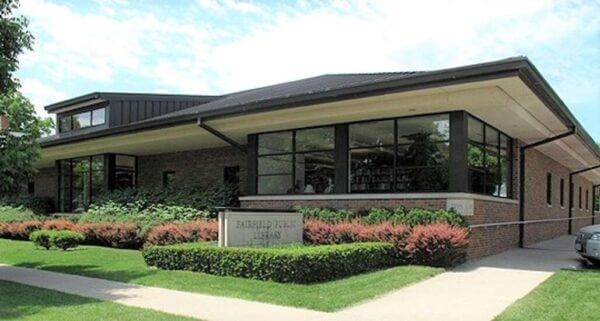 The Carnegie Historical Museum is home to numerous exhibits from the Smithsonian but in more recent years has become known as a showcase of Fairfield history, including significant contributions Fairfield made to the Civil War and the Underground Railroad.

Over the years, these two organizations have enriched the community with access to books, technology, and historical information for all ages. Both continue to offer services that are free and open to the public.